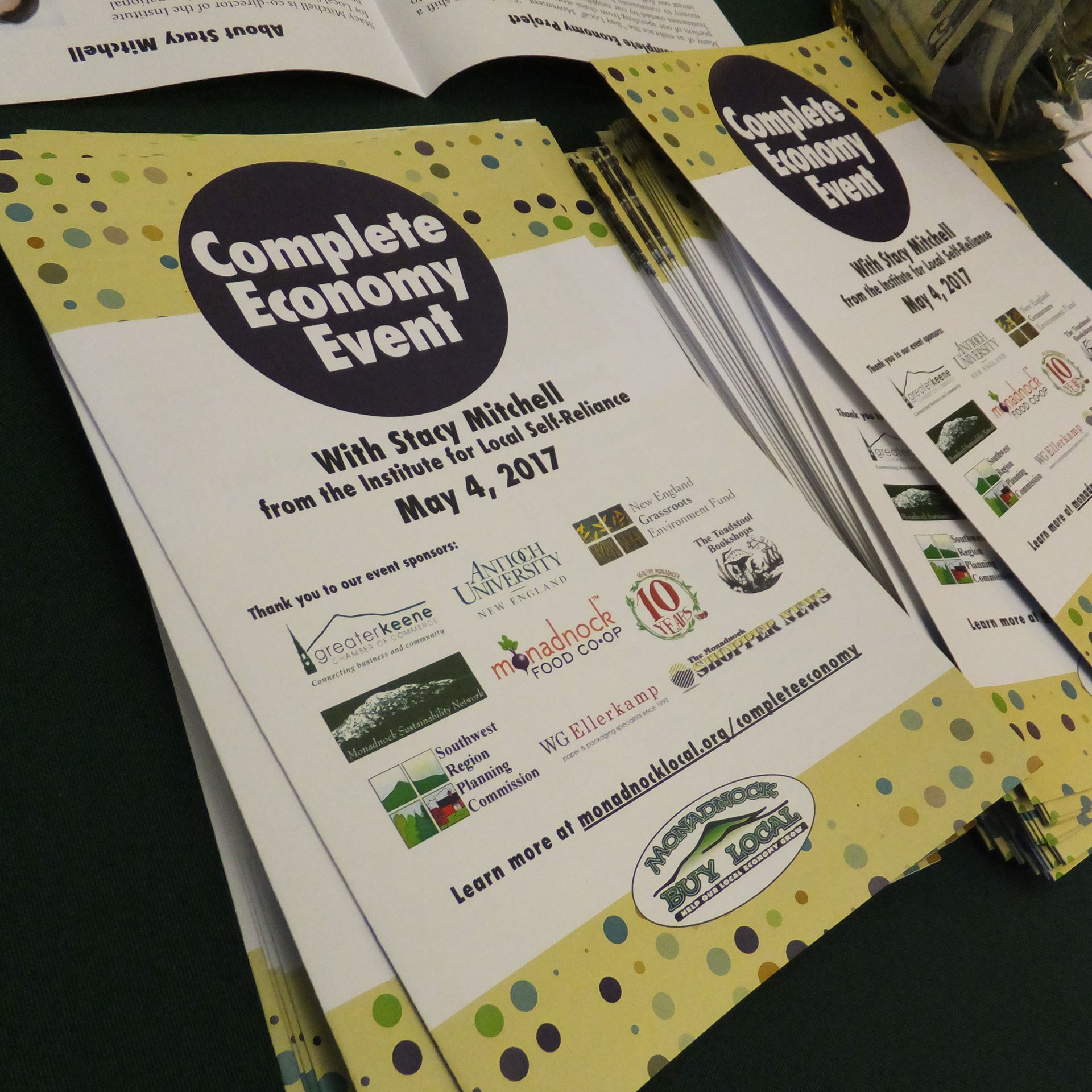 A Monadnock Region initiative aimed at adopting policies designed to level the playing field for locally owned businesses is being developed in hopes it will serve as a statewide model.

The Complete Economy Project, spearheaded by Monadnock Buy Local, is an effort by citizens to create a regional economy by implementing policies and practices that balances diverse types of business by putting them on equal footing. The effort was launched last fall.

Monadnock Buy Local is a grassroots network of citizens, businesses and organizations that promotes the economic and community benefits of spending locally, while supporting programs and policies that support a local, green and fair economy.

Stakeholders will decide what policies should be created –for example, better access to broadband, more composting and less trash removal or more hospitals and municipalities buying from locally-owned businesses.

Those are only a few ideas – at this point, there is no focus on one business idea or sector to make the economy stronger. Instead the organization, which is working with the city of Keene, is looking at data that shows how well the local economy is operating and whether certain policies that don’t make sense need to be ruled out.

The movement needs stakeholders and partners to help implement the ideas. Possible partners in consideration are the local Small Business Development Center, chamber of commerce and regional planning commission among other economic development groups and independent business owners. 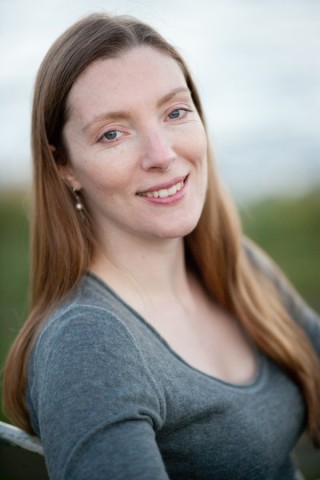 Stacy Mitchell, economy researcher and author from the Portland, Maine, office of the Institute for Local Self-Reliance – a national nonprofit that researches, analyzes and partners with communities and policymakers to design and implement policies to strengthen local economies – gave a presentation earlier this month for potential stakeholders at Antioch University New England. The purpose of her appearance was to share effective strategies focused on national local economy policies and to gain community support for the Monadnock project.

Mitchell gave an overall picture of local economies across the country and how they are affected by monopolies. Her institute’s research found that $1 of every $2 spent online today goes to Amazon; at the same time, for every job gained at Amazon, two jobs are lost at a brick-and-mortar store.

But at a time when online retail giants are forcing brick-and-mortar businesses to shutter, the buy local movement continues to gain traction. One example is the re-emergence of independent booksellers – 660 new stores opened in the country over the past seven years.

Independent businesses saw a 5.1 percent increase in sales in 2014 (vs. a 2.3 percent increase in 2013) according to the latest national survey conducted by the Institute for Local Self-Reliance in partnership with the Advocates for Independent Business, which gathered data from 3,000 locally-owned business.

Monadnock Buy Local serves as an example of these kinds of initiatives in that the organization has created partnerships with other local business alliances to instill a Plaid Friday and Shift Your Shopping Campaign every holiday season to encourage spending at locally owned and independent businesses.

The organization used Smart Growth America’s Complete Streets program as inspiration for the Complete Economy Project and plans to adapt its framework to turn the project into a movement. Complete Streets, a successful program in the Monadnock Region, advocates for policies and practices that ensure safe streets for all. Smart Growth America’s leadership team supports the idea and wants to stay connected as it’s developed.

Monadnock Buy Local received a grant from the New England Grassroots Environment Fund to support the Complete Economy project. The first phase of work consisted of creating an outreach plan for stakeholders.

“It’s important to reach out to partners and determine what measureables they’re looking at,” said Jennifer Risley, executive director of marketing and event planning with Monadnock Buy Local. “We’re working together to come up with a baseline as something we can measure each year to see how we’re doing before jumping into any one policy.”

This summer, those stakeholders will review case studies, develop and implement the first policy to advocate. If the project is successful, the city will adopt the policy, followed by many others that support the local living economy. The goal is to share this model with other communities.

There is no limit to the number of partners for the project, and Risley hopes many will get involved.

“We need to use our collective power,” she said.